The organization’s seventh annual delegation moved beyond the borders of Galicia. This time, our goal was to document one of the largest Jewish cemeteries in Bukovina – a cemetery located in the village of Chernohuzy next to Vyzhnytsa. Residents of Vyzhnytsa (Vizhnits) were buried here beginning in the second half of the nineteenth century.

The delegation conducted its work from August 1-15. It was composed of a diverse group of volunteers: Herzog College students, Hesder Yeshivas students, archive workers (from Yad Vashem and from the Central Archives for the History of the Jewish People, Jerusalem) as well as students from the Jewish Studies department in the Kyiv-Mohyla Academy. As usual, the delegation was headed by Dr. Boris Khaimovich, an expert in Jewish art, Dr. Ilia Lurie, a scholar of Eastern European Jewry (both from the Hebrew University), together with Ms. Marina Bruck ,—a researcher of Jewish cemeteries from St. Petersburg

Vizhnitz hold a unique position in the history of Eastern European Jewry: at the end of the nineteenth century, Jews made up more than 90% of the population of this small town. Mayors and council members, government officials and professionals, merchants and craftsmen – the vast majority were Jews, a very unusual phenomenon even in those parts of Eastern Europe where there was a visible Jewish presence. Even more impressive, one of the great admors of the Hassidic movement – Rabbi Menachem Mendel Hager, the son of the Admor of Kosov – settled in Vyzhnytsa in 1854. From that time until the Holocaust, Vyzhnytsa was an important center of Hassidism and a focal point of mass religious pilgrimage. 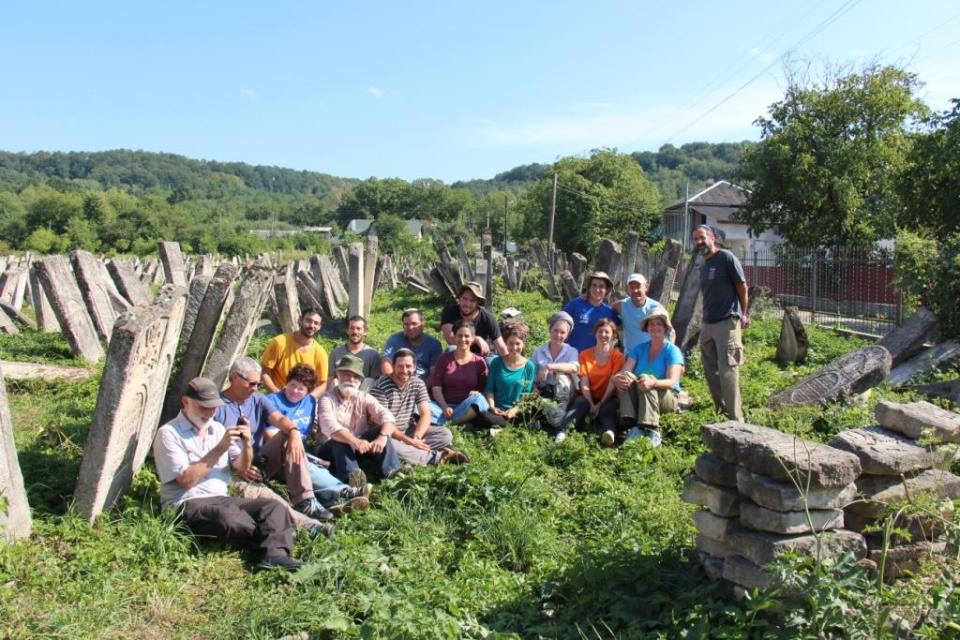 During the Holocaust, the Romanian government drove all of the Jews of Vyzhnytsa eastward, across the Dniester River, and many of them died under the inhuman conditions on the road and in the forced labor camps in Transnistria. At the end of the World War II, when Bukovina was returned to Soviet rule, survivors began to return to the city (about a third of the pre-war population). But community life was never reestablished. Today only a few Jewish families remain.

The cemetery where the delegation's work was conducted was established in the 1860s after the old cemetery was filled to capacity. The old cemetery was demolished during the Holocaust and totally destroyed under the Soviet regime. Therefore, the cemetery in Chernohuz remains as the single monument in memory of a once-glorious and vibrant community.

In the course of its work, the delegation fully documented the historical part of the cemetery – about 2,200 tombstones. The tombstones were cleaned, marked, and photographed and, on occasion, excavated. Their inscriptions were deciphered and copied. Finally, the cemetery was mapped with all of the recorded tombstones marked. These findings will soon be uploaded to the organization’s website.