The Compilation and Study of an Ancient Hassidic Manuscript

Since its foundation in the 18th century and leading up to today, the Hassidic movement in Eastern Europe has constituted one of the most significant and influential phenomena in the history of the Jewish people.

The study of the movement’s history, ideas, and roots as well as the opposition to it have sparked much interest since it first emerged. The people of its contemporary parallel movement, the Enlightenment, wrote about it and studied it a great deal. Many Hassidim collected materials, studied, and wrote a lot about the history of the great figures of the Hassidic movement and their ideas, and later, modern study has produced prolific literature on Hassidic studies – literature that continues to expand to this day.

As a social lifestyle movement, Hassidism is dynamic and has undergone various iterations, updates, and changes as it became established, branching out through different countries through various people and dynasties, and as it moved forward into new periods of different conditions and character.

As a result, when studying Hassidism, the general practice is to distinguish between early Hassidism – when Hassidism was a free, non-institutional group characterized by bold expression of mysticism and spiritual ecstasy and dominated by radical thought and charismatic leaders – and the second period in the 19th century, when Hassidism was institutionalized and became mainstream, and the radical elements and extreme spiritual expression were tamed, characterized by more fixed practices in terms of dynastic succession and the courts of the tzaddikim and by more introspective and moderate thought.

Academic literature on the subject tends to characterize the 19th century with a deterioration – and to a certain degree, corruption – of the Hassidic movement. This literature seeks to understand the supposedly purer beginnings of the movement in contrast with the period of institutionalization.

To a certain degree, even within the internal Hassidic experience, there has been a feeling that the period of institutionalization and conventionalization brought with it a sort of deterioration of the authenticity and freshness of early Hassidism. This has inspired many Hassidim to constantly yearn to peel back these additional layers and aspire to connect to the authentic Hassidism, the “old Hassidism” and the “old tzaddikim,” the Ba’al Shem Tov and his followers, the Maggid and his students.

To study early Hassidism, we must draw upon the earliest sources written in that period. We do have access to a number of books that were published during that time (such as books by the author of Toldot Yaakov Yosef, and Magid Devarav L’Yaakov – some of the teachings of the Maggid of Mezritch), and these are indeed very helpful when attempting to understand early Hassidism. However, the world of publishing itself has also undergone its own institutionalization, and as Rebbe Yisrael Salanter famously said, “Not everything one thinks, one should express; not everything one expresses, one should write; not everything one writes, one should publish.” Publication brings its own filters and processing. Most of the Hassidic writings were edited and processed before they were printed. Additionally, most of the written sources give us the Hassidic homilies as they were spoken and processed, and not all the thoughts and feelings of the early Hassidim that surrounded them. Hassidic practice is often based upon oral and social experiences, and this means that the written literature does not provide a full picture.

Zeev Gris addressed this problem at length in his book, Sefer, Sofer V’Sippur B’Reshut HaHassidut (“The Book, the Author, and the Story in Early Hassidism”). For instance:

“The intense focus on the history of Hassidic books and literature convinced me more and more that this literature, with no other evidence, was merely a weak echo of an immense experience, which by nature of its birth and development, was a spoken experience – an oral tradition – as customs and ways of life were passed on from father to son and from elder Hassid to younger. This of course raises the question: how can we properly learn the history of Hassidism and write about this lively movement, when most of its traditions and those who practiced them chose to imprint a living memory within their generations, a collective experience threaded into the fabric of their lives? This collective memory is reflected only in a limited manner in Hassidic hagiography, and to the best of my knowledge, even less so in the other types of literature common among Hassidim: homilies, letters, or spiritual teachings… therefore, The Book, the Author, and the Story in Early Hassidism seeks to encourage studying and learning the literature, and through it, consider Hassidic life to the best of our abilities.” (Ze’ev Gris, The Book, the Author and the Story in Early Hassidism, 5752, p. 12-13)

History has left us an important and valuable gift: an additional and complementary source that is authentic and original and provides direct contact with early Hassidism: a personal, intimate diary of a Hassid and passionate mystic from the court of the Maggid of Mezritch. The diary is dated between 5155–5158 (1795–1798), during the Hassid’s older years.

This manuscript, which contains more than 400 pages of handwritten text, underwent a fascinating and complicated journey. It was passed through many hands and for many years was considered lost. The manuscript includes, for the most part, hundreds of Hassidic homilies given by the Hassid on Shabbat, including many ideas he had heard from his teachers and friends, who were among the great figures of Hassidism. Additionally, the manuscript includes scores of dreams the Hassid dreamed, dreams that constitute visions full of passion and longing for mysterious worlds and the upper sephiros.

The manuscript contains hiddushim, stories, allegories, remedies, segulos, biographical details, historical memories and more. It can serve as an especially fertile ground for a deeper understanding of early Hassidic thought and the history of Hassidism and the Jewish people as a whole. Various details from the manuscript can add to our understanding of a variety of historical issues and other subjects of interest.

The copy of the manuscript we have access to contains 400 handwritten pages, around 100 of which are completely faded. The remaining 300 are faded and blurred in many places.

In the first stage, I intend to decipher this manuscript to the degree possible.

In the second stage, since the manuscript was written in shorthand and contains thousands of motifs and ideas based on Jewish literature from the Tanakh, rabbinic writings, and commentaries to Kabbalistic literature, I will annotate the manuscript with references to the sources the author is drawing upon. This is necessary to help the reader gain a basic understanding of the text and follow the homilies and hiddushim.

In the third stage, I plan to study the manuscript from a philosophical and historical perspective. That is, I’ll attempt to understand the author’s general line of thinking, and place it in the context of Hassidic thought from that period. During the historical portion, I will attempt to collect biographical details from the manuscript, seek additional sources about the author, and try to fill in the blanks to build a biography of the author. In general, wherever possible, I will try to place every historically significant detail I find within the existing body of knowledge, and maximize the manuscript’s contribution to our understanding of Jewish and Hassidic history.

The initial material I will drawn upon for this project will be, as mentioned, the breadth of Torah literature, but in particular, the Zohar and the writings of the Ari, since these serve as the main lens through which the author sees the world. Additionally, I will draw upon the Alshich’s book of homilies, which is also a central source for understanding the words of the author, as well as dozens of other Kabbalistic and homiletic writings. I will also consult early Hassidic writings to draw parallels and better understand the author’s ideas from within the context of his teachers’ and peers’ thought process. For scholarly literature, I will draw upon the existing literature on Hassidism, Kabbalah, and the general history of the period.

The writings of the Ari: 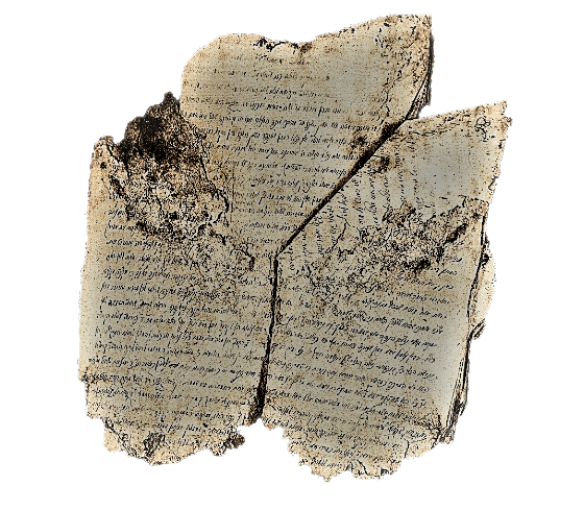